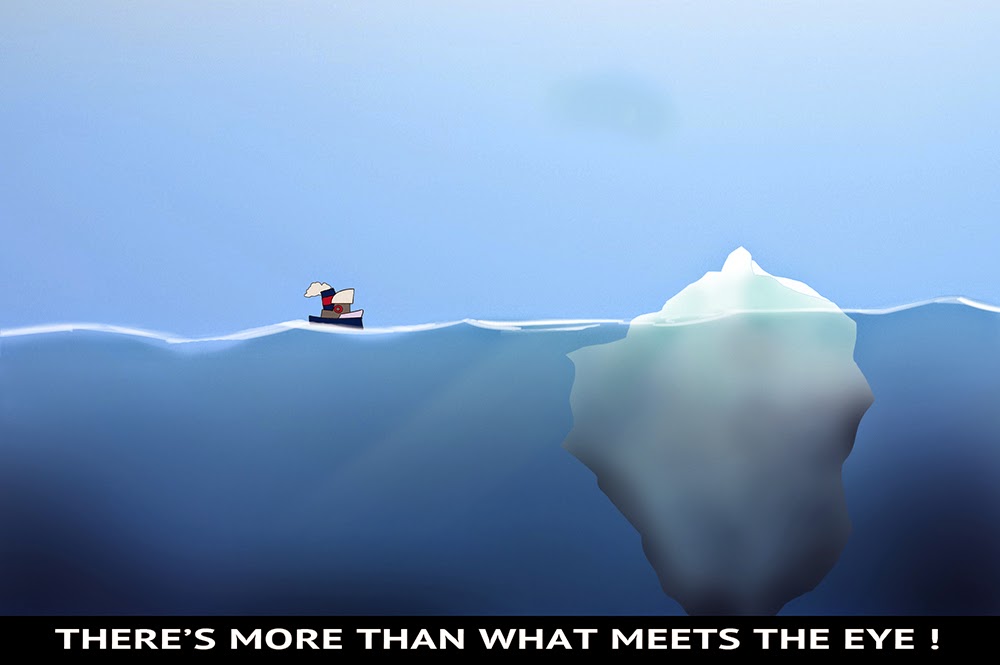 You know the number one question you get asked when you meet new people or go to family events and meet uncles and aunts  – “what do you do a nowadays?” It’s October and family events are on the rise so I’ve been subjected to this question over and over again. For those of you in the average (sarcastic snigger) medical, engineering or MBA programs, this is a relatively easy answer. You say it and it’s accepted with a general nod of the head and wise look in the eye. But what do you think happens when you say you’re in CGI (Computer Graphics Imagery) or VFX or Digital Art?!? For folks like me the 'what you up to now' question is a flincher. Because here's your average reaction to the answer – skeptical look plus narrowing of eyes.

So I've been a CG artist for a while now, and I'm tired of people looking at me like I'm speaking Morse code when I tell them what I do. Most people try to break it down for themselves by saying, you make  cartoons?!? Well I can, but that's not all I do. Or the public favorite, 'Ohh you’re in Animation.' Again No. I can animate but no I'm not ONLY in the animation department. Of course by this time people have decided that I am in 'Animation' making 'Cartoons' and it takes a couple of cold glasses of water and finding my inner peace to actually explain to them what I'm a part of.

Lets start with a basic example. Meet Richard Parker (the tiger) from Life of Pi. You think good old Richard was sitting in a zoo somewhere doing tricks until he caught the eye of Ang Lee (the Director). Hell no! Richard didn't exist. Richard was imagined by Yann Martel (Author of the book) and brought to life by people like yours truly. I mean not me me. But CG VFX artists like me. Richard was drawn out on paper by a concept artist in a studio and then taken from 2d to 3d. Lost you yet?

Walking you through the CG pipeline for creating “someone” like Richard Parker starts with Modeling the tiger. Imagine molding clay, except you're doing it virtually on a computer and three-dimensionally. The modeler makes Parker look big and well fed or starving and half dead based on the requirement of the shot. Once Parker is modeled and roaring to go, the Texturing and Materials team steps in. They give Parker the color and coat that turns him from a dull grey into a vibrant golden-orange-black-striped mean machine. So we create Parker, color him exotic, now we got to put some bones into him, I mean literally. The Rigging team makes sure that Parker has joints in his legs and movement in his jaw and can swipe his claws. I mean so far Parker was a static statue; after the rigging team is done with him he can now jump into action. That is Animation. Whether Parker is supposed to look like a ferocious bad-ass, roaring and walking with the swagger of being a royal beast, or he's half dead, barely able to stand, hobbling around with an expression of death, is all done by the animator.

Then there’s the Lighting department—mood setters. Should Richard be traumatised by lighting strikes and light blitz, or is it harsh daylight with stark shadows, or is it a cool night with soft moonlight filling the scene? So once we’ve created Richard, textured him, put bones into him, lit him up and basically got him all ready to go, the Rendering team takes it from here. Very simply, it is the last major step where you take everything done so far and put it together so that it can play as a movie.

I‘ve merely scratched the surface and given you just a taste of what the world of CGI is  made of. This world is far more humongous then you can imagine. Books could be written on the different levels and departments it consists of. While hoping you'd read these books might be asking for a bit much, I guess you now have a little insight the next time you ask someone like me what it is that I do. Roar to that!
Posted by FX School at 11:42 PM No comments: