On Wednesday 3 june 2009, FX School held a one day film making workshop. There were 21 participants from all walks of life - from college students to professionals from various fields - (we even had an Army Veteran among the ranks!!). The workshop kicked off at 10 in the morning and after a brief introduction all the participants were divided into groups. As soon as the groups were divided and Christened, our academic director CB Arunkumar handed out special FX school currency.

As soon as the groups came up with themes and story lines for their respective films, they put their plan into action with the help of our faculty who had to be paid per hour for their services. (this was to factoring budgeting into the filmmaking process) 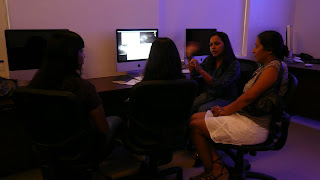 While most of the movies featured the participants themselves there were a few that had volunteers from our institute and it came to light that our Managing - Director Abhyudaya Morarka is indeed quite a skilled actor. 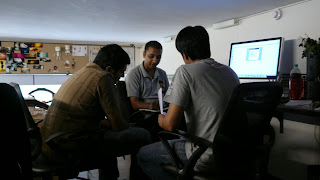 The workshop continued until late evening and finally at the end of the day the movies were screened at our projector room and after that all the participants were given certificates for their participation by our Abhyudaya (or Abhyu, as he is popularly known) 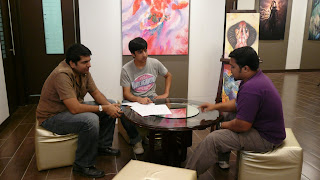 The faculty was amazed at the hidden talent in the participants, as the films they ended up making were far superior to expectations. 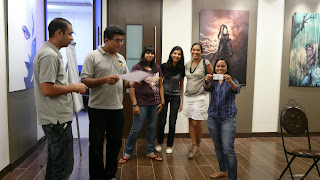 The films will be uploaded here shortly, so WATCH THIS SPACE!!
Posted by FX School at 11:54 PM